Indie pop band Lokomoko releases their latest album Go Mi Ka Di Da Be and we’ve hade the opportunity to talk with them. The songwriter Mario Schöning now lives in the United States (New York) but he is very much european like us: born and raised in Hamburg!

Before the big change he finished the mini-album “Go Mi Ka Di
Da Be” a kaleidoscopic collection of songs written over the course of a couple of years. Songs that may recall psychedelia and some light feelings that makes you smile and feel so fine!

I’ts like taking a trip to wonderland thinking about candy canes and the whatever state of mind, but in a good way: the happy way.

We’ve met them and this is the really fascinating result!

Let’s start with something I really care about: Hamburg. I really love the city! So, I’m asking myself, and now to you, move to New York was hard or was it a natural process, and how much this change means for the Lokomoko?

Moving to New York was actually not only my idea but mostly based on a decision my wife made to study here. Otherwise i would have probably stayed in hamburg. But now that we’re here I feel it was a good move. I love my hometown, my family and most of my friends are there, but i’ve been living there my whole life. New York is giving me the opportunity to start from scratch in certain aspects, I learn a lot about myself and my own weird culture. It’s a sometimes exhausting but ultimately very satisfying process. also, the amount of music I make and see around here has never been that much back home. When it comes to lokomoko, it obviously changes a lot. I’ve been working with a bunch of my best friends back in hamburg, I actually came here with a finished record from that period. I’m putting a new live band together at the moment to start and play live shows early next year. Really looking forward to that. it will feel different though, for sure.

What is the path of a newborn song? Is there a spark that comes first from one of you and then spreads, or is it a creative act where everything happens in harmony with every member of the band?

As I mostly write the songs at home on my own it usually starts with me sitting down on any instrument and playing around until a melody or chord change hits me. as it is with probably most songwriters. I started recording demos really fast after that, share them with the band and in the end hit the studio where we try to reinvent the sound of the song as a band effort. it’s not rare that i write the lyrics just minutes before we record the actual takes for the album, so a lot of it is actually kind of a spontaneous matter. there’s tons and tons of unused stuff on several harddrives, a lot of the work is filtering what’s cool and what sucks.

When you think about your music, what shades do you imagine?

That really depends on my mood. I would even say that different shades have a bigger impact on how you listen to your music than the other way around. on this album there’s obviously a lot of colorful sparkles in the music but there’s actually more of a grey-bluish subtext if you closely listen to the lyrics. it really changes from day to day.

Could you give a color to every musical style, for example, to punk, rock, country / folk and Jazz? And why exactly those colors?

Wow, this is a tough one. I don’t think I can give a consistent answer to that as there’s so much variety in all of those genres. Every genre is every possible color for me. For jazz say for example chet baker i see a very warm purple on the other hand don cherry can be a distorted shiny pink. But even that can vary a lot. except maybe genres promoting whatever fascist or misogynist messages, that’s all shitty brown.

What Lokomoko wish for the future of the band?

Can obviously only speak for myself but even for a bigger chunk of my adulthood I didn’t imagine my life to be only music. It comes and goes in phases. It’s really just for the last couple of years that there’s a consistent idea of seeing myself as only that. before i started playing in punk bands as a teenager i always wanted to just play football, i tried 9 to 5 office jobs, which made me depressed, studied film and so on. But if the question also implies if i played air guitar in front of the mirror to Led Zeppelin and cheap emo bands. yea, i did that. Wish for the future? I just wanna be able to play as much as I can.

Let’s leave each other with a hug and a wish for 2020. My wish for you is to be able to take your music everywhere because it puts so much serenity. And thank you guys!

Thank you for the interview! And wish for people hugging each other more in 2020 than they did in 2019. 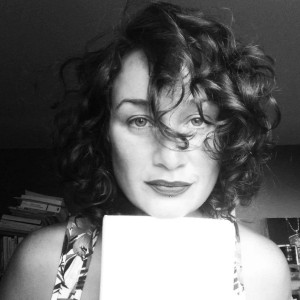